Danny Frondigoun is still top of the media industry mini league ranked an impressive 7000th globally. But there are chinks in his armour. What are they? So it’s all to play for, especially for those who still have their wild card intact. Nick is particularly well placed but for those in the pack behind Curtis, they too can make big gains. Here’s the top 10 after GW 22: 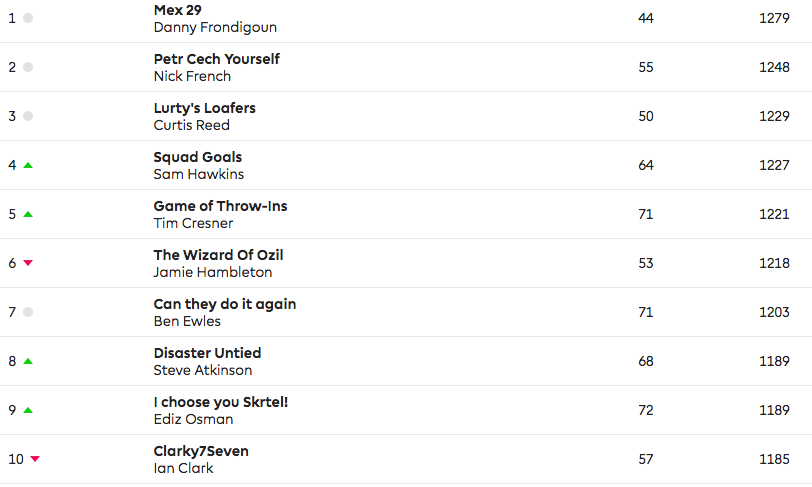