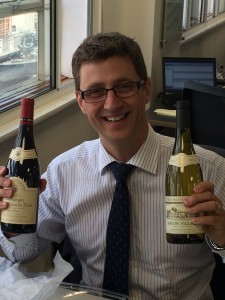 Massive congratulations to Phil Davison of Incisive Media for winning this year’s Fantasy Football League. Phil finished with an excellent national ranking of 48,000 which marks a big improvement upon last year. Phil hasn’t hit the heady heights of finishing in the Top 100K since 2006/07. What have you done differently this year Phil? Nevertheless the margin of victory was narrow winning by only 14 points. Tough luck to Steve Connolly of Intent Media, it was a really close second. Like Liverpool, unfortunately it all went wrong at the very end. Big up to Robert Harris of Trinity Mirror for third place. As for the Centaur clash between Paul Clarke and Richard Edwards, it couldn’t have been closer with Richard pipping Paul by just one point. Don’t tell me you took my advice from last week Paul?? Now that the Premier league’s all over, I’m looking forward to a scintillating FA Cup final performance from Hull and then watching Roy Hodgson line up England in an offensive Rodgers-esque formation so we can actually go the World Cup with some hope. Good work to all and I hope you can take part in the 2014/ 15 season. Phil – I’ll give you a call to arrange your prize. Cheers, Ewan.