Lots of high scoring this week in the Media Industry Fantasy Football League. For those who captained Ibra on Friday night and felt pretty smug about doubling his brace then they’ll have been surprised to see that loads of strikers did well over the weekend meaning that most teams performed strongly. So lots of these guys scored well AND are highly owned (who on earth is Stuani btw?): 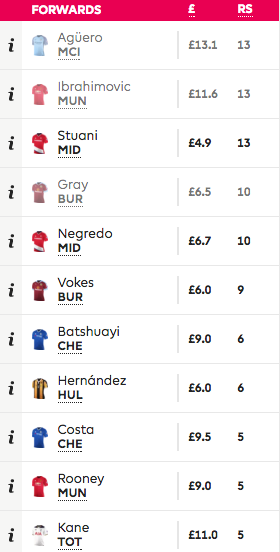 Negredo’s popularity seems something of a surprise. I thought Middlesborough were supposed to be weak up top. He could end up being a bargain purchase as their fixtures look strong. Danny Frondigoun of the Law Society has put together two strong weeks so he remains in the Top 3. However the Fantasy Football League for the media industry is now being led by Ben Robin of Singular. This is Ben’s fifth season of Fantasy Football and he hasn’t bettered his original first year rank of 132,000. Could this be the year? Matt Larkin of Haymarket resides in 3rd on the same points as Danny. Here’s the Top 10 as it stands after 2 weeks: 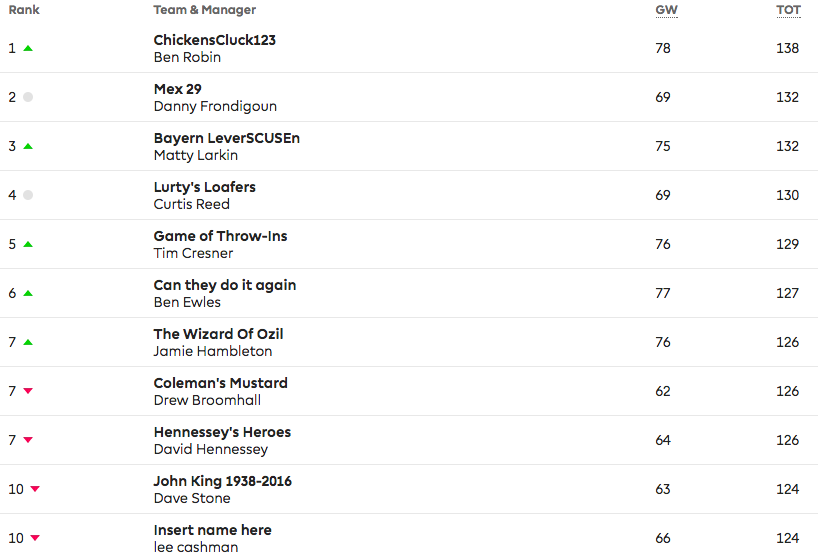