I played my wild card this week. It never seems to work out that well. I shipped out Mahrez and Vardy. Enough said. This week’s strongest performer from the Media Industry Fantasy Football League was Ross Mitchell of the Times Education Supplement. Ross played his All Out Attack card this week and it really seemed to pay off with so many points coming from this area: 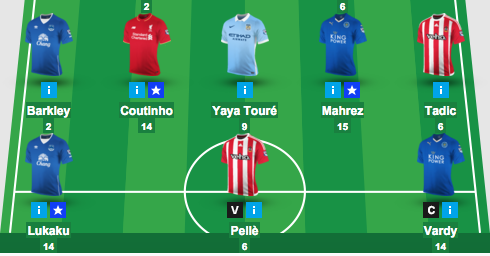 How on earth Barkley didn’t get among the points with Everton drubbing Sunderland 6-2 I will never know. Ross’ team looks well balanced to my eye. I can see him progressing well with this group of players, plus his defence and bench is strong too. Only five points separate the top 3 currently with those teams residing in the top 21,000. So high quality stuff. Adrian McSwiggan of Incisive sits at the top with Luke Allum in second and Phil Marston of Wolters Kluwer in third. So it’s a high standard but so much can change very quickly. In one week Martin Cheng’s dropped from 37,000 to 102,000. The 8 point hit for transfers didn’t help him but still, it really wasn’t that bad a week for him seemingly. It’s just that those around him in the top 100,000 must have carded exceptional weeks. Here’s the Media Industry Fantasy Football League Top 15 after game week 11: 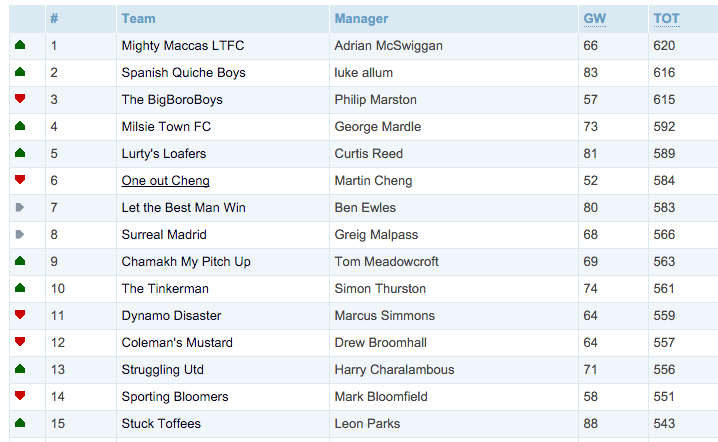