The opening game week of 2016/ 17 didn’t display too many surprises. Perhaps City’s set up at the back; Leicester looking vulnerable in defence; Everton showing green shoots from their first half performance. I guess teams need to bed in those senior players returning from the Euros and/ or suspension, plus the closure of the transfer window yet to come. So why am I playing my wildcard? Another poor start like last year. I hung on to my wild card to no avail last year and vowed to play it early this year. Saying that, I think this was a bit hasty. There have been no price rises or falls yet so no one’s missing out; plus there have been no stand out players to move in such as Mahrez was after GW 1 last year. Best to wait at least a couple of weeks and gain a better idea of what’s to play out I’d say for those who wish to make significant changes. No major changes required for Drew Broomhall of Haymarket though who’s currently top of the league. Drew’s been playing for over 10 years and includes a 23,000 finish and a 31,000 finish in his back history. Danny Frondigoun of the Law Society Gazette is in second, a player mentioned in previous dispatches, and David Hennessey of Ziff Davis in 3rd who did really well last year. Here’s the Top 10 (ish) as it stands: 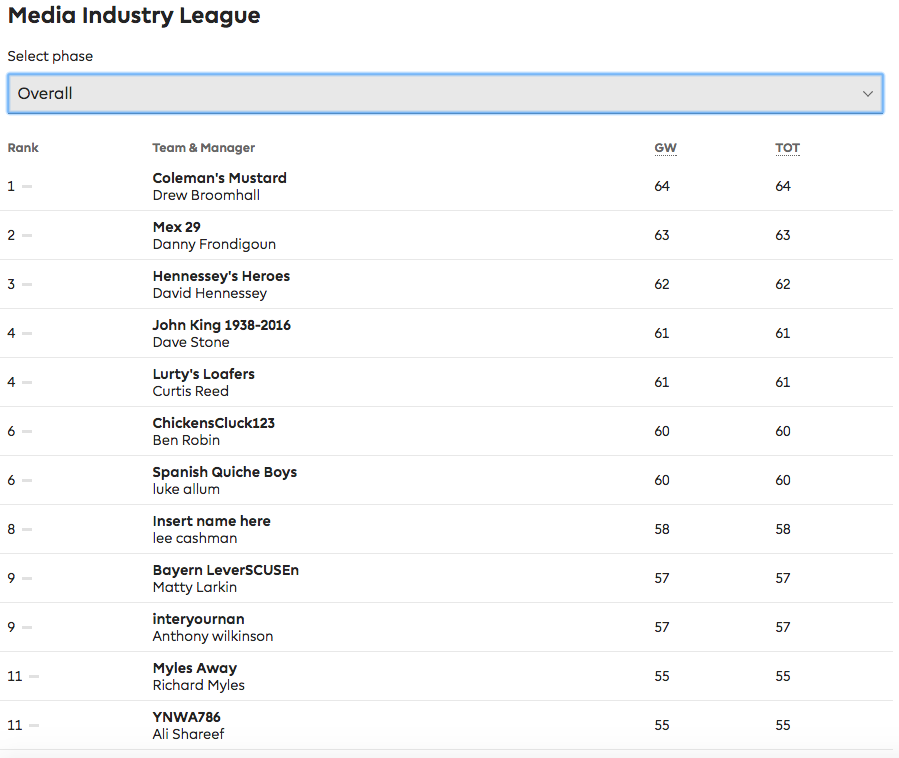 Anyone else playing their Wildcard btw? Remember, there’s a massive prize on offer here. So let’s see who can prove they’re the best over the course of the season …